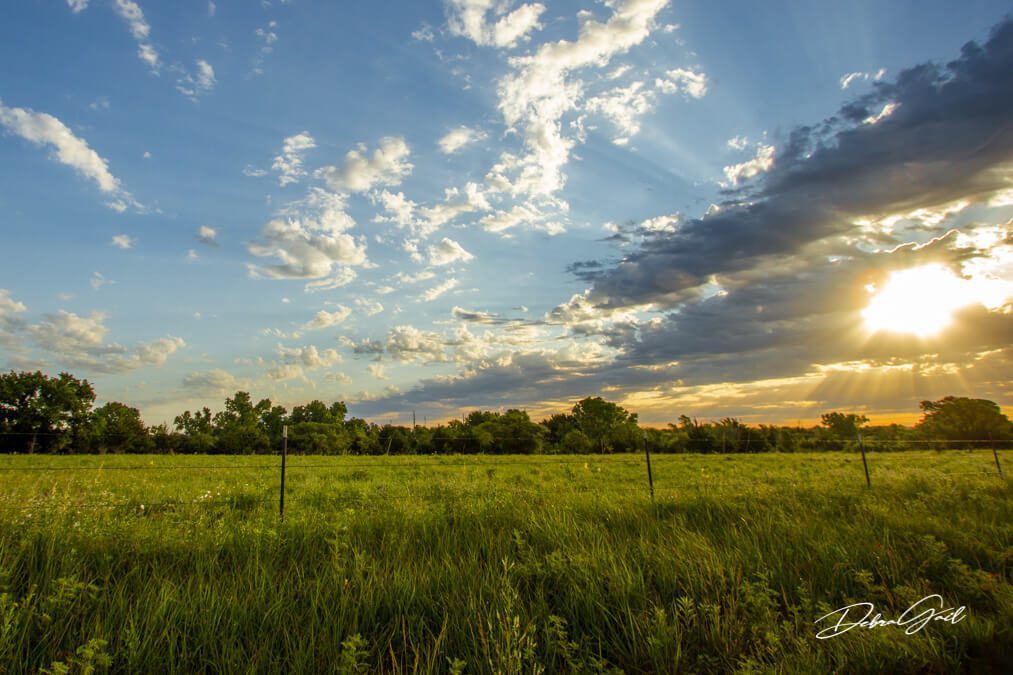 I usually wouldn’t have thought to grab my camera for my five-mile trip to the post office this week. I’d just finished hauling no less than ten bags of wet cedar mulch from my truck and to the backyard garden areas! But for whatever reason, just before I left, I grabbed my camera gear. And this was what was waiting for me.

Oh my, it took my breath away, even more than the heavy bags of mulch just moments before.

It was an absolute feast for the senses: The endless shades of blue in the sky, the fluffy and multi-dimensional white clouds, the brightness of the new spring green, and the whispering, warm winds.

And then this, with the fence and windmill:

And if that wasn’t enough to send me swooning, here is more:

This scene reminds me of the days when we would just plop down in the grass and do nothing.

“When you’re a kid, you lay in the grass and watch the clouds going over, and you literally don’t have a thought in your mind. It’s purely meditation, and we lose that.” 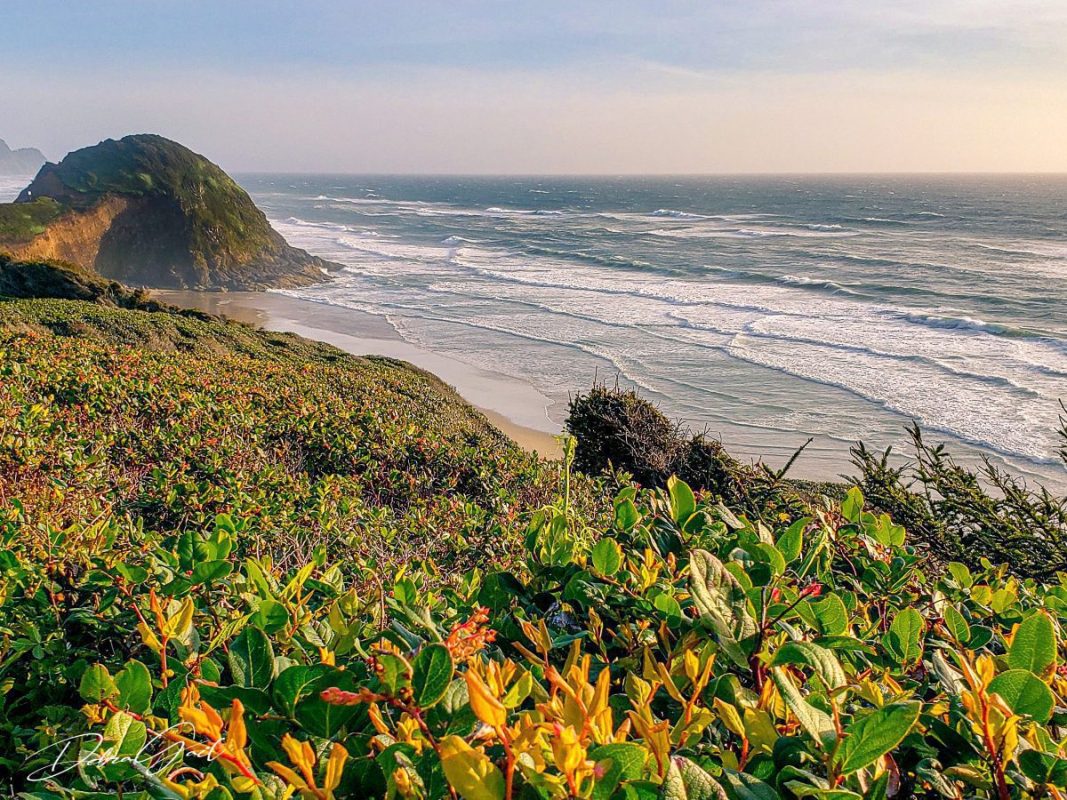 Nature is painting for us, day after day, pictures of infinite beauty. ~ John Ruskin 👇 I took this photo a couple of years ago along Central Oregon Coast. It’s a beautiful place and I highly recommend a drive along US Highway 101, Oregon Coast Highway! 👀

snow on the kansas plains

Snow on the Kansas Plains – Video

I have been to these sites many times and am amazed at how even a little snow transforms and re-writes the landscape. I notice details that I previously did not see in other seasons, or even in the past few weeks. I hope that you are able to see some of the beautiful Kansas Plains landscapes and that you enjoy this video.

Emily Dickinson says it well in this poem, “It Sifts from Leaden Sieves.”

This poem is all about how the snow settles in the landscape, re-writes the roads and fences.

I adore her metaphors: the snow is ‘alabaster wool’ and like ‘fleeces’, a ‘crystal veil’ coating the roads and the fences.

The snow certainly gives us a new perspective on the prairie.

snow on the kansas plains

It Sifts from Leaden Sieves

It sifts from Leaden Sieves –
It powders all the Wood.
It fills with Alabaster Wool
The Wrinkles of the Road –

It makes an even Face
Of Mountain, and of Plain –
Unbroken Forehead from the East
Unto the East again –

To Stump, and Stack – and Stem –
A Summer’s empty Room –
Acres of Joints, where Harvests were,
Recordless, but for them –

For more beautiful landscapes check out my post, “Fences.”

Come along with me on a trek where the tallgrass prairie rolls out deep, dormant grasses for as far as you can see.

The Great Plains area is where Arcadian land rises and falls like the long breaths of Old Man Winter.

In the Great Plains of Kansas, you can witness the silent edges of an endless and cold, cerulean sky. And the dark skeleton images of the cottonwoods quietly stand guard and hover around serpentine springs.

Take a moment to rest, to reflect until even your breaths seem to dissolve into that which is far away. You are absorbed yet distracted. There is no fiction here, only reality. There is no doubt here, but instead, certainty. There is nothing wasted here.

Can you hear it? This land sings its song, a ballad of perfect isolation.

FREE SHIPPING ON EVERYTHING! Dismiss