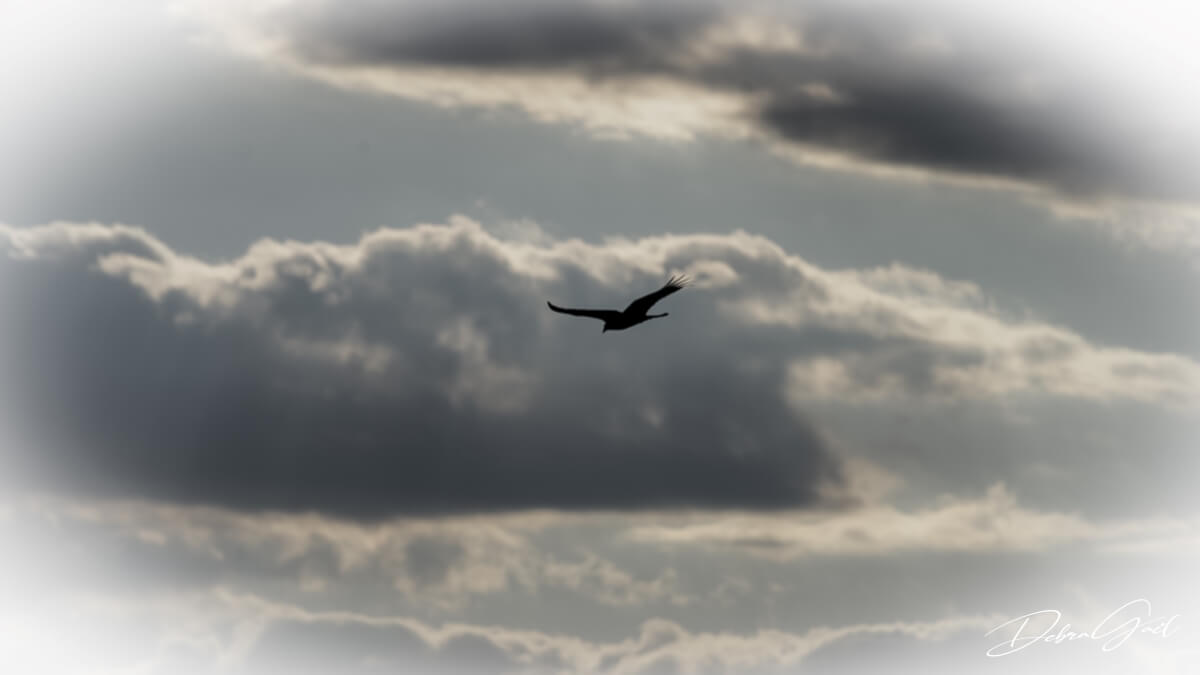 The Differences Between Bald Eagles and Turkey Vultures

Although it’s hard to imagine two more different birds than a turkey vulture and a bald eagle, these two birds of prey are sometimes confused.

The bald eagle has a majestic appearance and is the beloved National Emblem of the USA. On the other hand, the turkey vulture isn’t so romanticized. Instead, it’s often associated with death and referred to as a “buzzard.” Despite their differences, both are large, fascinating birds!

Turkey vultures ride thermals in the sky and use their keen sense of smell to find fresh carcasses. In addition, the turkey vulture is smaller than a bald eagle, weighing only about 5 or 6 pounds with an average 6-foot wingspan.

Turkey vultures hang out in small groups, unlike the bald eagle. And turkey vultures are nature’s sanitation workers. They eat the dead animals that otherwise would go to rot. This bird is indeed a carrion lover; however, he does venture beyond dead animals occasionally, eating berries, insects, grapes, and coyote feces.

Turkey vultures appear black from a distance, but up close you can see they are dark brown with a featherless red head and pale bill. While most of their body and forewing is dark, the undersides of the flight feathers are lighter in color, giving a two-toned appearance.

Bald eagles perch and roost in an upright square-shouldered stance grasping a branch with strong, yellow talons. They are 28 to 38 inches tall. And the females are larger than males. The bald eagle’s beak is large and heavily curved. The color of this hooked beak ranges from bright orange-yellow in adults to dark gray in first-year birds.

The magnificent bald eagle has a 6 to 7-1/2 ft. wingspan. Bald eagles have a noticeable, unusual flight behavior of banking and flapping their wings vigorously while vertical. Bald eagles typically exhibit a steady, deliberate flight pattern with slow wingbeats. In both soaring and gliding flight, the bald eagle’s long, uniformly wide, plank-like wings are held straight out, at a right angle from the body.

The bald eagle receives its name from the distinctive pure white-feathered head, neck, and tail. Adults also have a brown-black body and a large yellow bill. Adult males and females look the same; however, the female is larger.

The bald eagle prefers fish but will prey on smaller animals such as mice. The bald eagle will even steal another animal’s kill. The bald eagle is not above eating a corpse, like a turkey vulture; however, I’ve never witnessed it!

Eagles, in general, have excellent eyesight, helpful for spotting and killing prey. The turkey vulture also has keen eyesight; however, he also has a sharp sense of smell, which comes in handy in his search for carrion. He has no feathers on his head, which helps when he eats. The turkey vulture often has to stick his head in the carcass to retrieve meat; feathers would complicate his feeding process.

An eagle has strong, sharp talons for grasping and tearing the prey, in contrast to the turkey vulture’s weak feet. The turkey vulture’s powerful beak makes up for his week feet, allowing him to tear through the toughest animal hide.

Occasionally the turkey vulture will regurgitate his meal, leaving behind a mess with a foul, funky odor. This odor can help disgust potential predators as well as lighten his load, making him better able to take off in flight.

Turkey vultures are part of nature’s clean-up crew. They rid the landscape of deteriorating carcasses and help curb the spread of dangerous diseases and bacteria. Their stomachs have strong enzymes that kill off dangerous toxins and microorganisms.

Although the bald eagle is the more glamorous of the two, I find the turkey vulture an impressive raptor. And besides, just look at those eyes!

The National Audubon Society website is one of my favorites!